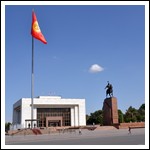 Walking through Bishkek provides you with a glimpse of days gone by. The city planning followed a military style laid out in a grid system. Even though the Lenin statues has been moved from the main square to another smaller square behind the National Museum, there are still lots of reminders of their Soviet past.

Huge apartment blocks with square and rectangular designs still dominates the city. Throughout the years, people have tried to spruce up the sober buildings with added on balconies or flowers, however, these blocks still reminds of the Soviet era.

The State Opera and Ballet theatre and the Philharmonia stands elegantly and are still producing daily shows.

Liberation, freedom and national monuments and statues are all around town. 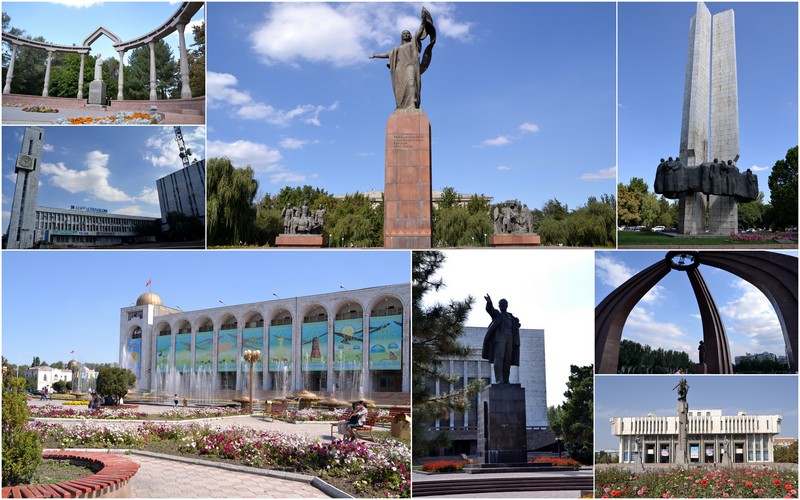 Bishkek is a lovely place to stroll around and watch the modern world play catch up with the past.