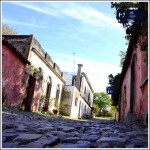 Uruguay is usually not the first country you think about when you think of visiting South America. So of course we had to visit it when we had the chance. After a couple of days in Buenos Aires, we hopped on a ferry with destination Colonia del Sacramento, just 1 hour away. Colonia del Sacramento was the first stop for our short Uruguayan break. We wanted a small taste of Uruguay and have chosen 3 destinations for our 4 nights in Uruguay. Being a small country with good bus connections, this was easily doable.

Colonia del Sacramento is a small colonial town with beautifully preserved colonial buildings and cobbled stone streets. The town is so small that a popular mode of transport other than walking are small golf carts. Another popular type of cars are old timers which are lovingly taken care of. Men polishing their gleaming old timers can be seen, proud of their cars when we ask if we can take photos. We had one day in Colonia del Sacramento which was a good amount of time to take in the town. We created our own walking tour and sat around on their town squares. Scattered around the old town are numerous atmospheric small restaurants and cafes and you can even have lunch or a drink at your personal table in a converted car. So very creative and fun. Sunset is popular at the waterfront. 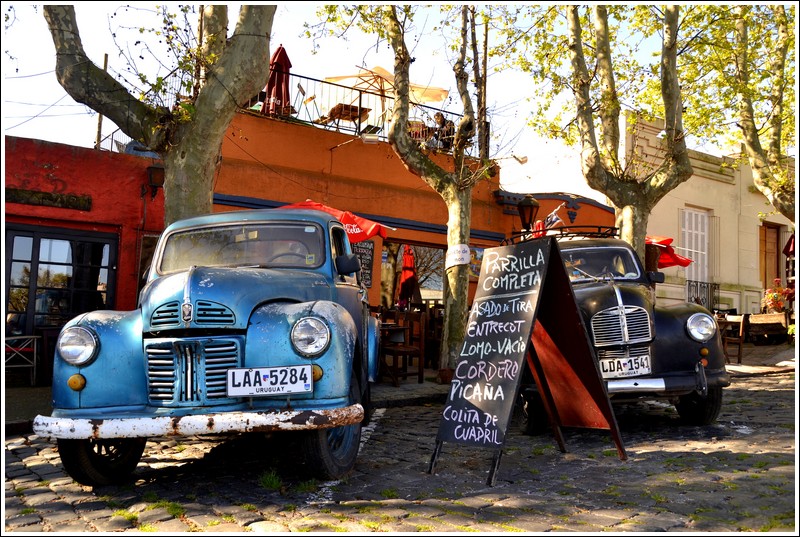 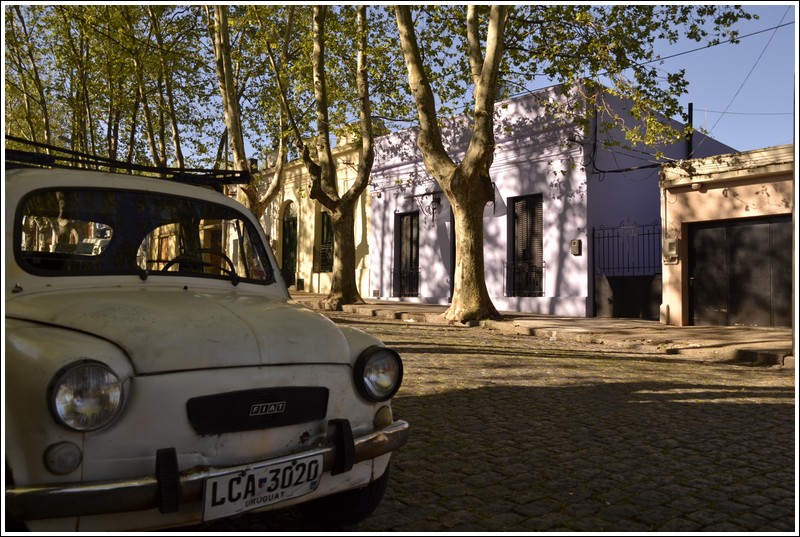 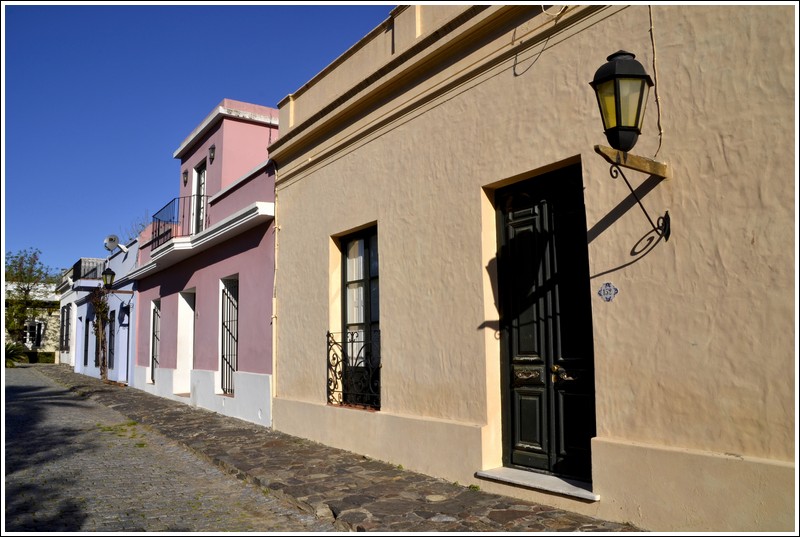 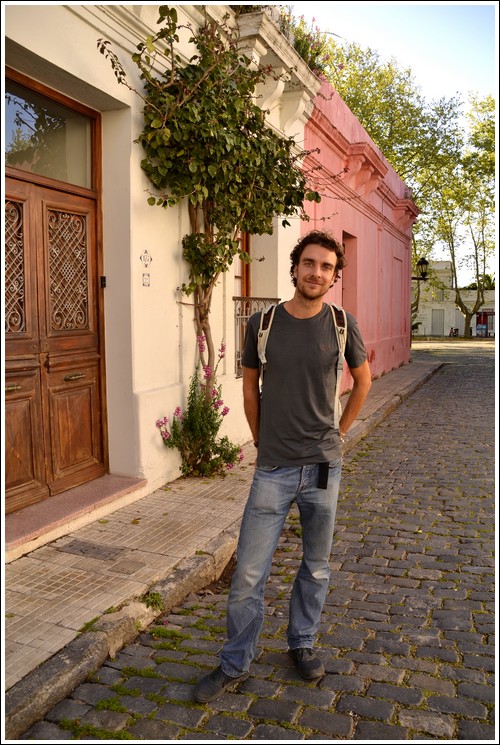 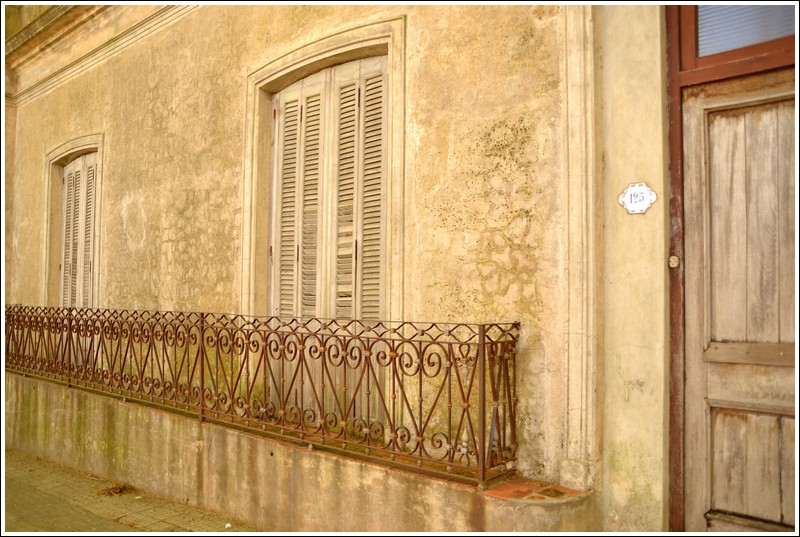 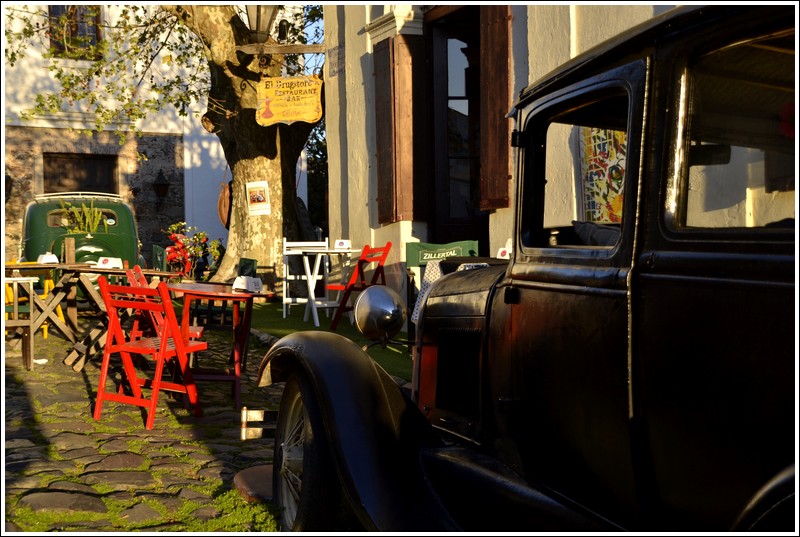 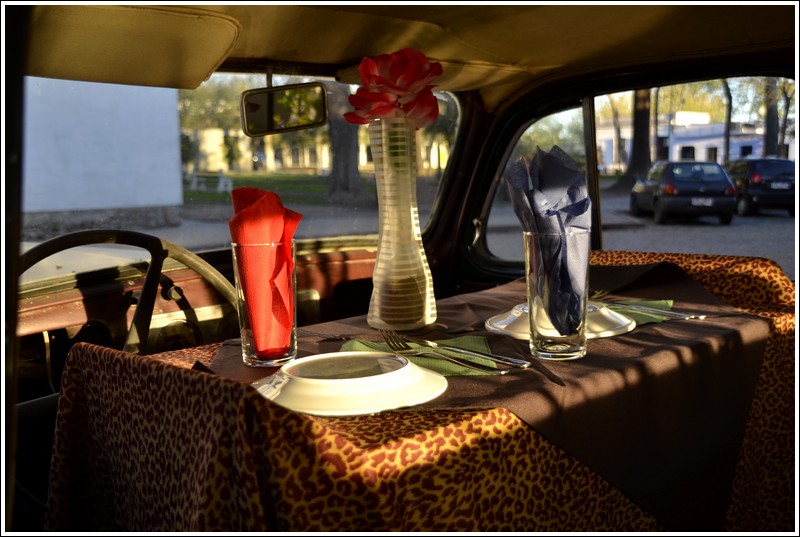 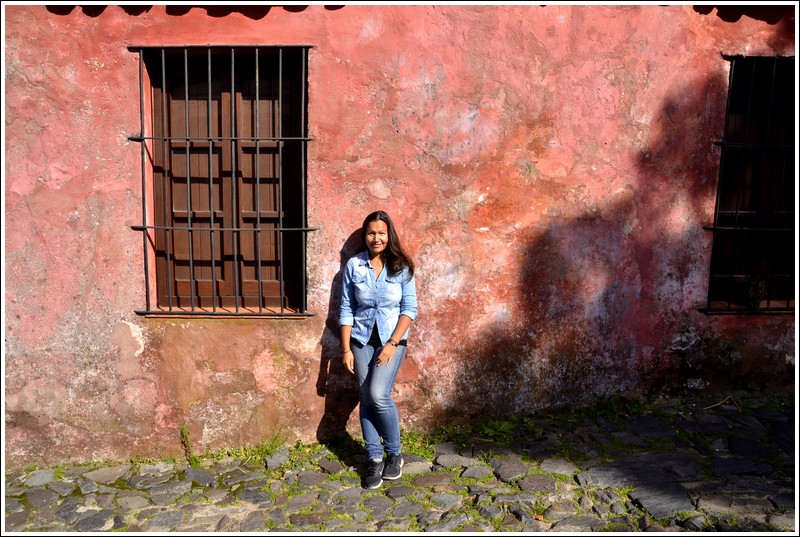 Many old buildings are restored into hotels of all budgets. Our hostel was a restored building with a cute courtyard and creaky wooden floors. After a sunny breakfast in the courtyard, we hopped on our bus to Montevideo (2.5 hour). The countryside seen from our window shows expansive empty land dotted with estancias where the famous Uruguayan beef originates. Argentina and Uruguay are still debating who has the best beef.

Montevideo did not charm us as much as we have hoped. The old part of town could be beautiful but unfortunately the colonial buildings looked lost and forlorn. Some buildings were boarded up and most seem to have owners that have forgotten about them. It was a shame as this gave the old city a bit of a lost feeling, a city with no soul. Seeing the grand theater which was preserved shows the potential the city has. Our guesthouse owner gave us the tip to wander around the city by day light however, as night fall, if we did not have much to do out, we should stay in. Luckily we stayed at a guesthouse which was also the owner’s home and we had a kitchen and dining room decked out in Uruguayan style all for ourselves. With courtyards filled with plants and comfy seats we didn’t mind staying in. 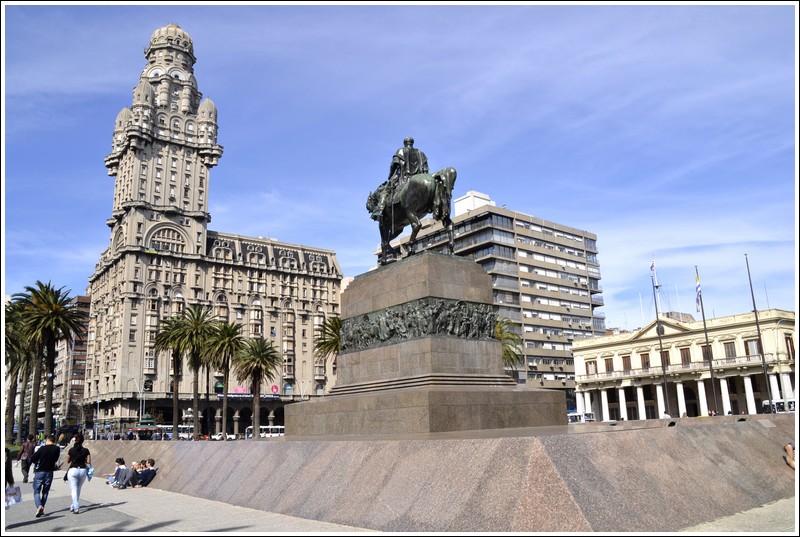 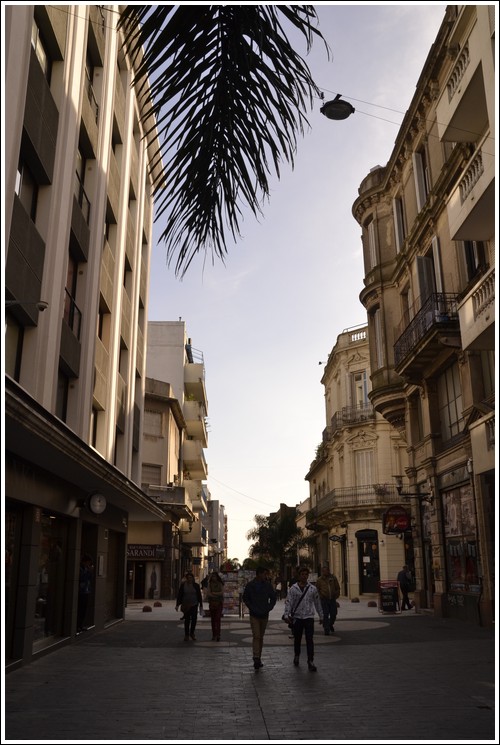 A couple of years ago, we saw a travel program about a small hippie village in Uruguay which back then seemed like the end of the world. Cabo Polonio was one of the main reasons why we wanted to visit Uruguay. A seaside hippie colony which you can only reach by a 4×4 jeep truck. So off we were to find out if Cabo Polonio was what we expected it to be. Five hours later, our bus from Montevideo dropped us off at the national reserve gate where we waited for the 4×4 jeep trucks to fill up. You can also walk through the dunes to the beach but with our packs with us, we waited and hopped on the trucks for the last half hour to our destination. Our bumpy ride took us through dune hills and long empty beaches till we saw the colorful hippie village. An estimated 500-1000 people live here most of the year while summer months brings in an explosion of visitors. Luckily we were in the low season and had the village mostly all to ourselves. 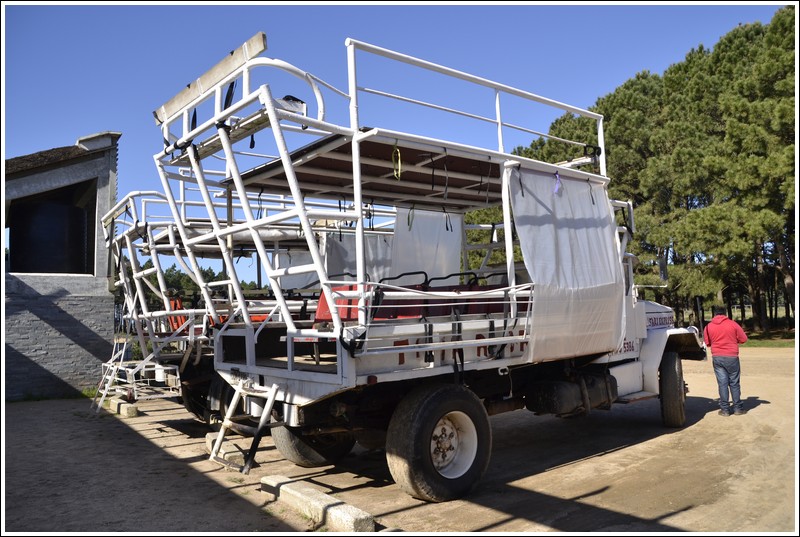 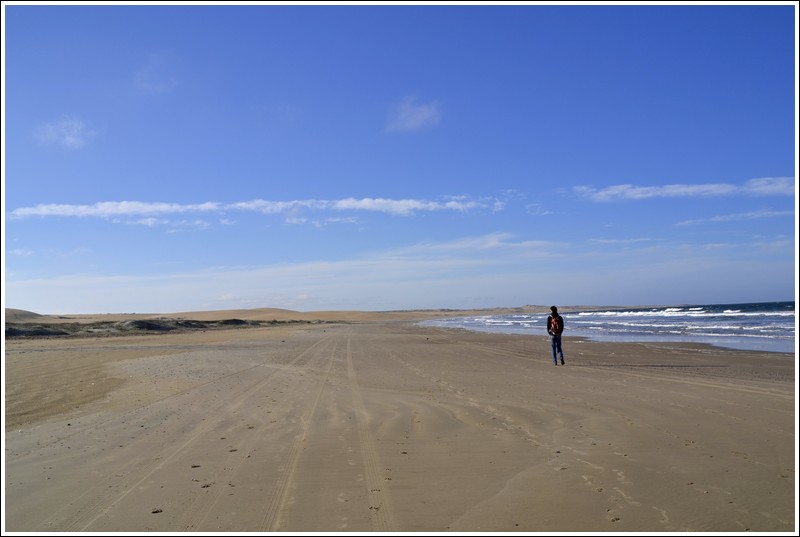 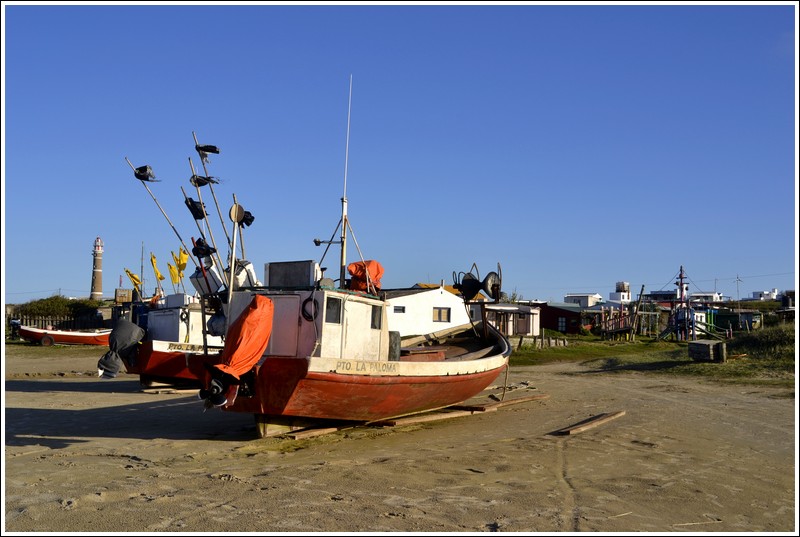 Colorful ramshackle huts and houses, artsy monuments and a big empty beach awaited exploring. On one side of the beach is the light house which is surrounded by a colony of sea lions. While walking around, we asked ourselves several times, where are we in the world, as you do feel like you are in the middle of nowhere. 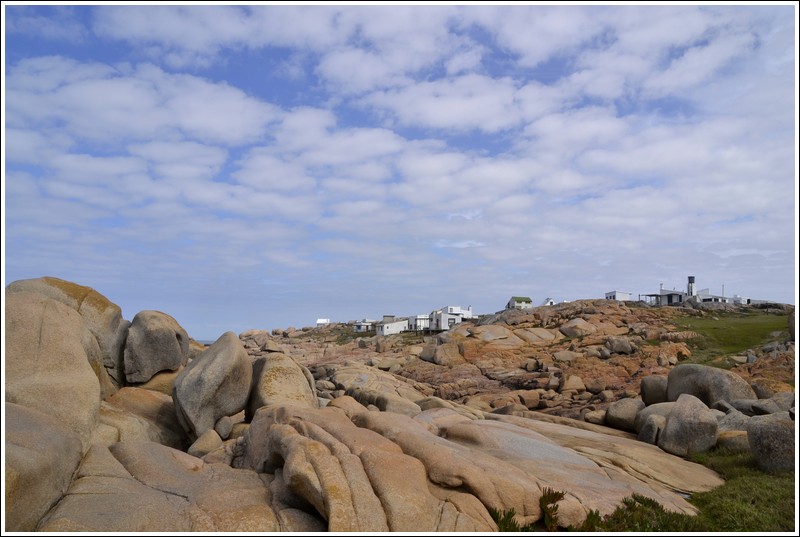 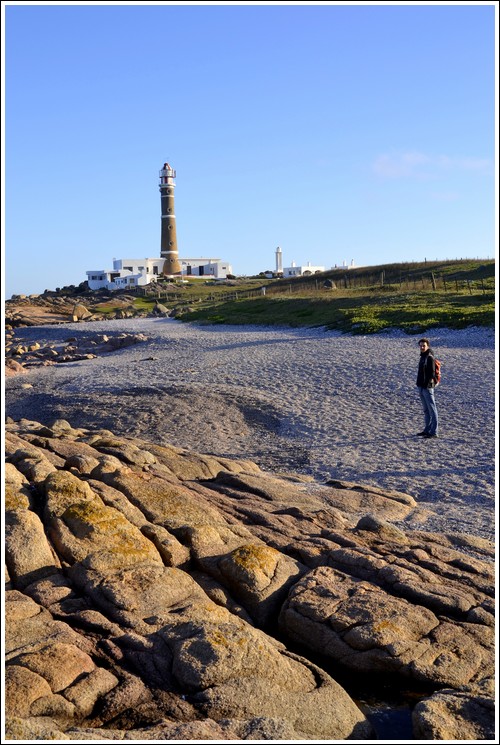 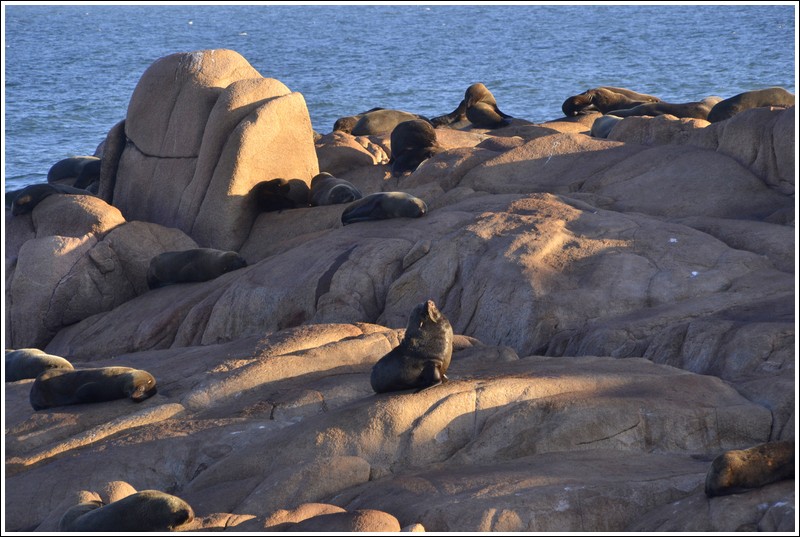 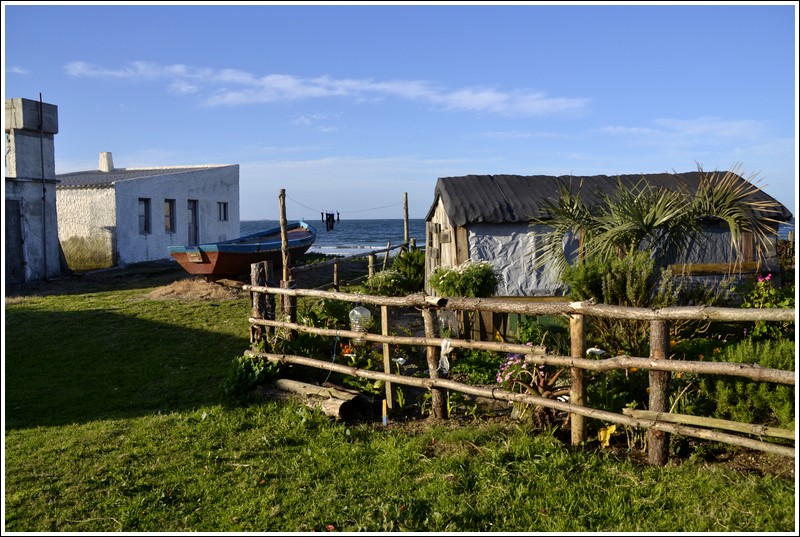 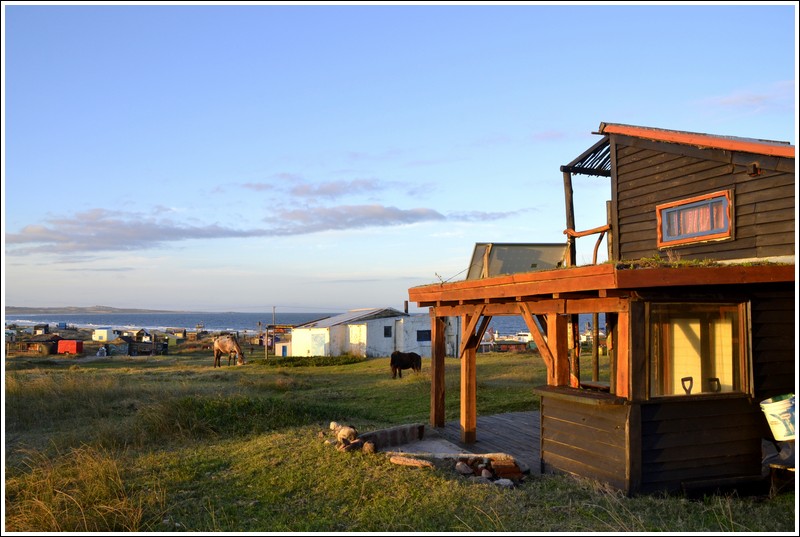 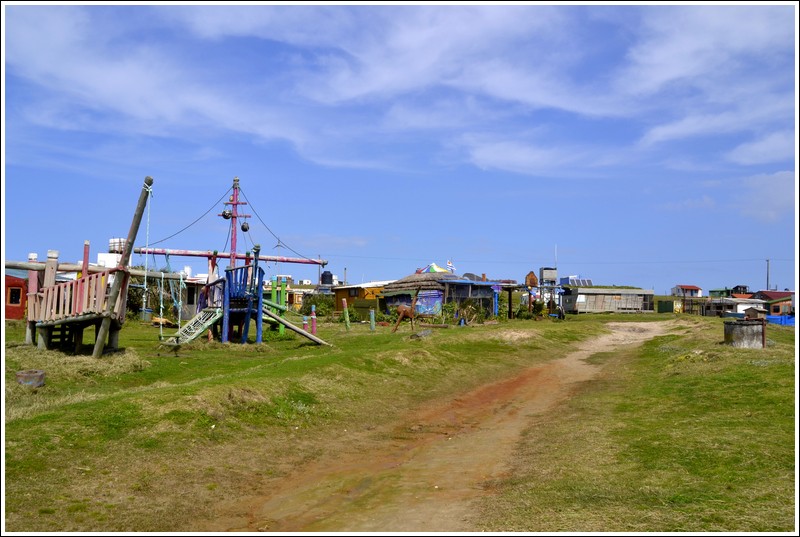 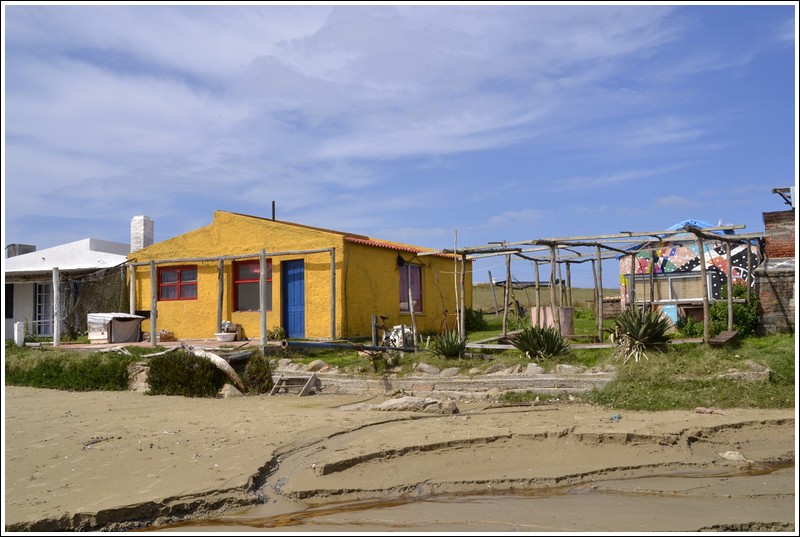 At night, candles were lit as electricity was limited. We were shocked to see that there however was wifi, and the connection was good! As this was the low season, the few restaurants here were closed and groceries limited. Luckily we came prepared and brought dinner and wine from Montevideo. There was a fun bunch of travelers in our hostel and along with other travelers we met a couple of journalists travelling around South America with their jeep in search of penguins.

We stayed here one night before leaving for Colonia del Sacramento for our return ferry the next day to Buenos Aires. Cabo Polonio was worth visiting, especially for the end of the world feeling which is so hard to find nowadays.

Uruguay was a nice country for a short break and there is much more to discover. However, we were quite shocked by the high prices which is more or less equivalent to the European price point. If we were here in the summer months, we would have also explored more of the beaches. Uruguayans are nice and warm and very friendly and helpful. They might even like their matés more than their Argentine neighbors. We loved the special maté leather bag which everyone seem to have holding their thermos of hot water and maté cup. If you are in the area, make sure to add Uruguay to your itinerary.

Ferry to Colonia del Sacramento – we used Sea Cat Colonia. Sea Cat Colonia has cheaper prices than Buque Bus which is the most well known company, but shares the same terminal which is very centrally located in Puerta Madera. In the lower season, you might even go with Buque Bus boats as Sea Cat places you on the more expensive boats however you pay less than Buque Bus passengers. We paid approximately $ 30 per person one way. There is another company, Colonia Express, which is cheaper, however, the boats leave from a terminal in La Boca.

If you are returning to Argentina, make sure to take out dollars from the ATMs here so you can change them on the Blue Dollar market in Argentina. In Colonia del Sacramento, many Argentines make the trip just to take our dollars as it is not possible to acquire dollars in Argentina.

Try the Uruguayan red wine – Tannat, not as well known as Argentinian or Chilean wine but also very good.